In this article, we will explore the oldest language in the world.

The world knows Chinese to be the most spoken language and Latin to be the official language of Poland. However, the world has little knowledge about the history and origin of other languages in the world.

Which Is The Ancient Language In The World? 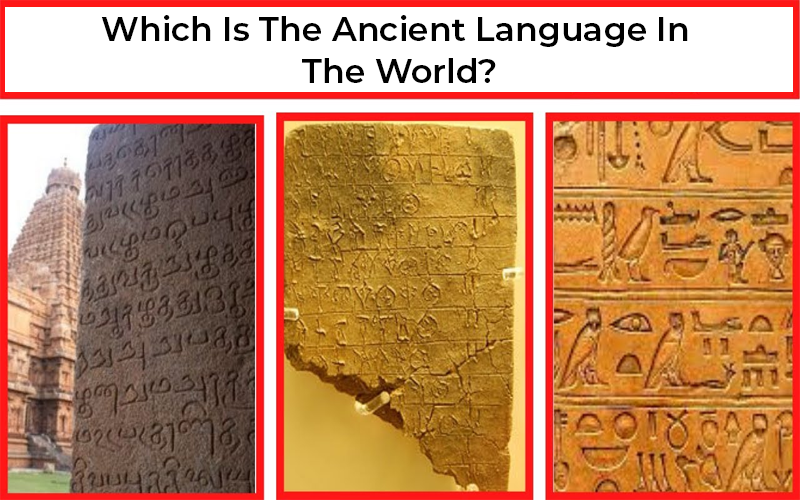 Originally written in the Brahmi script, Sanskrit is recognized as the most ancient language. It is primarily the native language of India. The ancient languages of Europe were inspired by the Sanskrit language, which is also called Devbhasha. All European languages ​​seem inspired by Sanskrit. Even today, it is practiced in some parts of Africa and is considered the liturgical language in the region.

Most of the other languages have evolved from this oldest language. Here you should also read about the most spoken language in the world.

What Are The Oldest Languages In The World That Are Still Spoken Today? 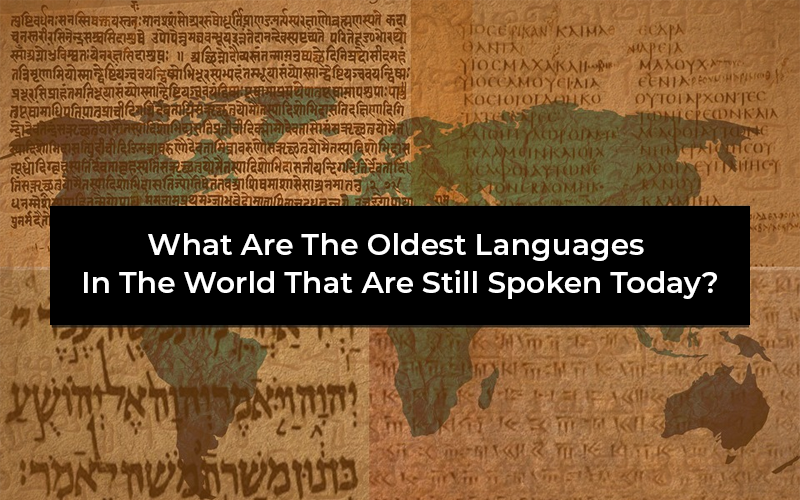 There is not one but many languages considered as “oldest”. If you are traveling to a country of a different language, talk to the experts of Translation Services to get your documents translated into the desired language.

Here is the list of the oldest language that still exists in the world of modern languages. They prevail as official languages in many parts of the world. Let us check out the list:

Significance Of The Oldest Language In The World 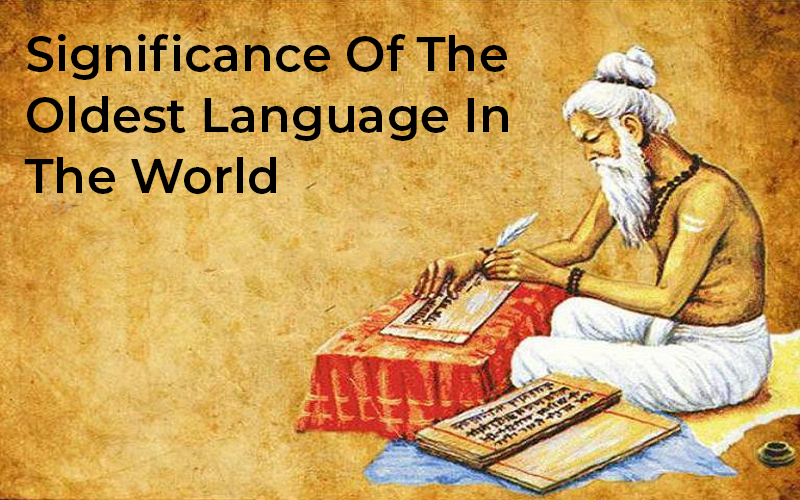 In this section, let us learn something more about the ancient languages in the world.

The Egyptian language is undoubtedly among the oldest languages in the world. It is about 4,700 years old. The first complete sentence in Ancient Egyptian was discovered in 2690 BCE. Autobiographical writings were traced on walls of Egyptian tombs from 2600 BC to 2000 B.C. It is significantly a widely spoken language in the world.

A post that is from a temple gate in Philae had inscriptions from Proto language hieroglyphics. It was from the year 396 CE. Surprisingly in the same year, the written records of Tamil were found.

Egyptian is still in practice as the Coptic Church’s liturgical language. It is a common language as it has influenced numerous languages in the world.

Click here to learn more about the easiest language to learn. 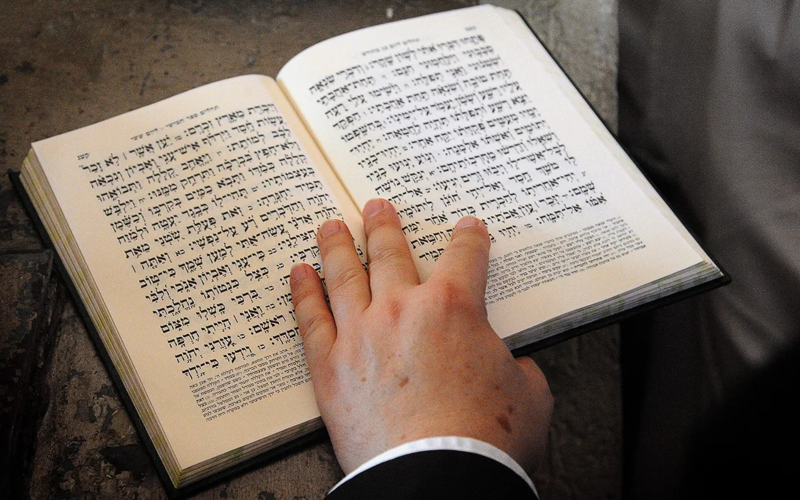 Hebrew is a 3000 years old classical language and is the oldest language. The initial script of the language was written around 1000 BC. The popular language is more than 3,000 years old.

Hebrew is Israel’s official language and was used essentially for religious texts. It has evolved from the dying languages.

People stopped using Hebrew for some time. Later it became the written and spoken language of the Jewish community again during the rise of Zionism in the 19th century.

The Korean language is an old literary language that initiated from Proto-Korean and Old Korean. It is a national language used in ancient times. During that time, the language of Korea had influenced China.

Chinese characters used old Korean texts that were slowly adapted to the existing Korean language. Middle Korean used Hangul, the unique Korean character for written communication in this primary language. It was developed by King Sejong the Great and his scholars.

Several communities in the U.S. and also many other parts of the world have accepted the use of this language. When you read about the official language of the USA, you come to know about it. 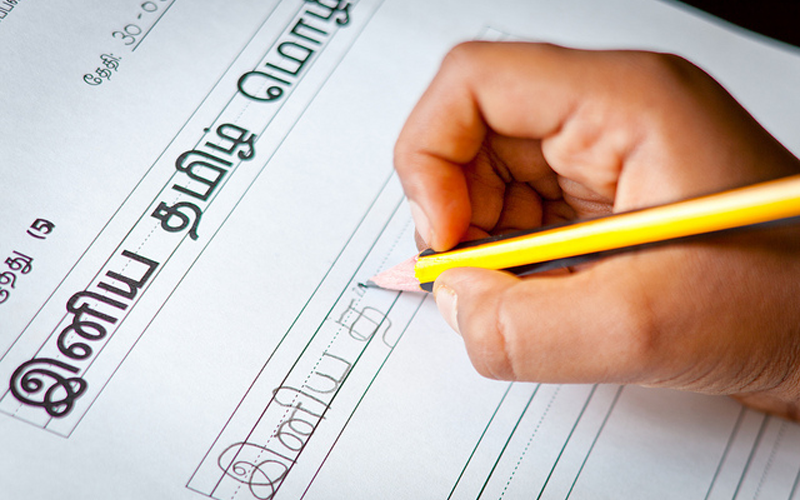 Tamil is one of the sweetest and oldest languages in the world that is still in use. Tamil has been a part of the Dravidian language and is the world’s oldest living language. It has survived over 5,000 years. The first grammar book of the native speakers made its first appearance in 3,000 BC. One can call it the oldest written language in the world.

As the oldest modern language, Tamil marks itself on the world’s 10 oldest languages. Thee is a huge literature collection of this classical language, and it has 78 million native speakers. Tamil literature is distinctly different from the written script. Tamil is one of the oldest languages in the world that has thousands of newspapers circulating to date. This language dates back to 2500 BC.

Tamil language is very popular and is spoken across various areas. Singapore and Sri Lanka use it as their official language. Around 34 territories and states in India, including Tamil Nadu, Karnataka, Andhra Pradesh, Puducherry, Kerala, Delhi, Gujarat, Goa, and Assam, have the native speakers of the Tamil language.

Sanskrit is a sacred language closely related to many modern Indian languages. It is considered the oldest language in the world, evolving from around 1750 to 1200 BCE. The use of the language has become less subsequently.

Rigveda, the collection of Vedic Sanskrit hymns, has the first written record of Sanskrit. Also, it forms the foundation of many European languages.

The scriptures of Jainism, Hinduism, and Buddhism have used Sanskrit as it is considered a religious language. Hence it has also become the ceremonial and ritual language and is more popular than other written languages in the modern world.

In recent years this religion has been adopted in small regions in Nepal and Northern India and is now considered the spoken language of over 2 million people. 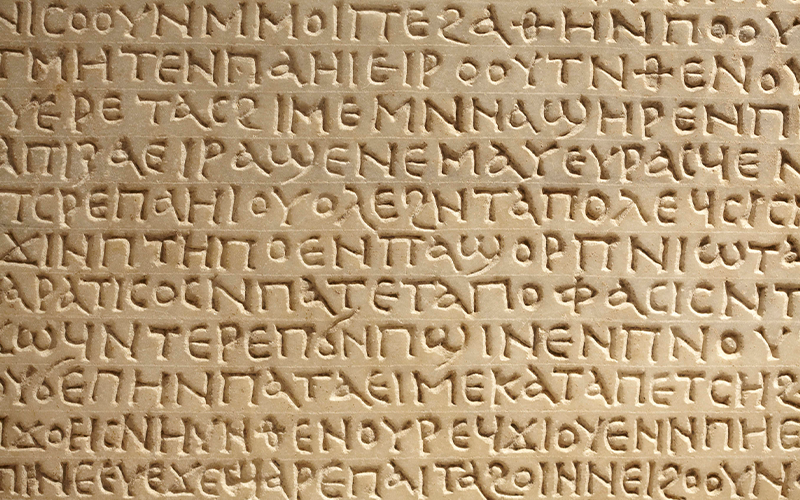 Greek was initiated as a language in 1450 BC and has now become an everyday language. Around 13 million people in the world from Cyprus, Albania, Greece, and the Black Sea consider Modern Greek as their first language. The rich and elaborate history makes Greek one of Europe’s oldest and most common languages. The first reported Mycenaean Greek text runs back to 1450 BCE.

The Greek alphabet has evolved from the script used by the Phoenicians. Eventually, it turned into the source of the Gothic, Coptic, Armenian, Cyrillic, and Latin systems of writing.

The Greek language undoubtedly has historical importance and is a holy language. During the evolution of Indo-European languages, it played a huge role. The epic poems Odyssey and Iliad were inscribed in Greek. Many works of Aristotle and Plato, logic and mathematics, astronomy, and other branches of science has their written form in Greek. 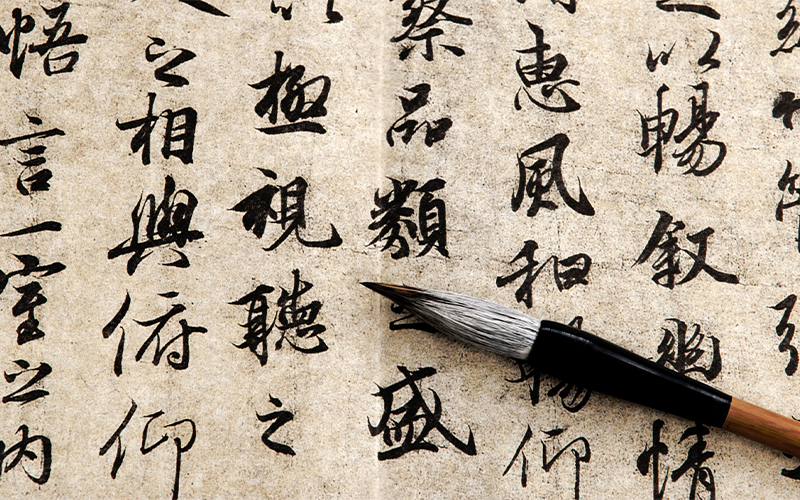 Chinese characters made their first appearance in around 1250 BC. It is also the world’s oldest language.

The earliest examples have been traced to the late Shang dynasty. Its written form is more than 3,000 years old. At present, it has several first language speakers. Almost 1.2 billion speak Chinese considering all its variations and dialects.

You will find them in around 37 republics across the map. You can divide Chinese into so many languages.

Archaic or Old Chinese was prevalent in the middle parts of the Zhou Dynasty.

It marked its presence from the 11th to 7th centuries B.C. One can find the evidence of Old Chinese texts as it is put up on artifacts constructed of bronze in Shujing (Classic of History), Shijing (Classic of Poetry) poetry, and some parts of the Yijing.

For thousands of years, the Chinese language and its various forms have been nurtured. Today, Mandarin Chinese and Cantonese are the oldest known language. Mandarin Chinese was traced on the oracle bones. 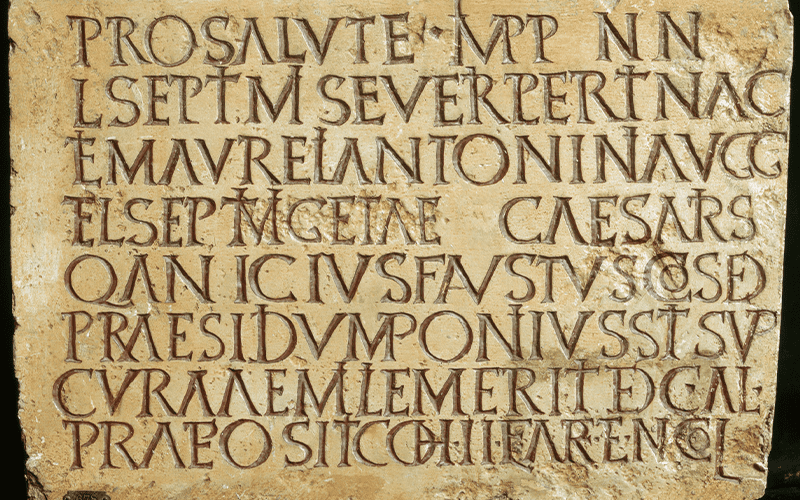 The first formal text of the ancient Latin language circulated in 75 B.C. Before modern Latin, the world witnessed Old Latin as a communicative language. It has influenced numerous languages in the past. During the war waged on the Italian Peninsula, the soldiers spoke Latin throughout the middle ages.

Latin became a formal spoken language when the Roman Empire elected it to be the same. The Irish language also has some of its words extracted from Latin. However, the language is related to Scottish Gaelic.

Latin is considered to be the first language of all the other languages of the Romance languages. All other languages spoken today, such as Spanish, French, Italian, Portuguese, Catalan, and Romanian, have their evolution much later.

Latin is among the world’s oldest languages that are spoken today. European languages believe Latin to be their foundation. Do you know that Latin is the official language in the Vatican and in Poland? This unique language is not only among the oldest surviving languages which are taught as a course in institutions.

Armenian is a language with primitive oral sounds and belongs to the Indo-European language family.

This longest surviving language has its first written record in a translation of the Bible. It is from the 5th century. The language likely started in and around 450 BC. Armenian is a living language with about 5 million first-language speakers. You will find traces of Armenian speakers in Iran, Georgia, Russia, and Ukraine. 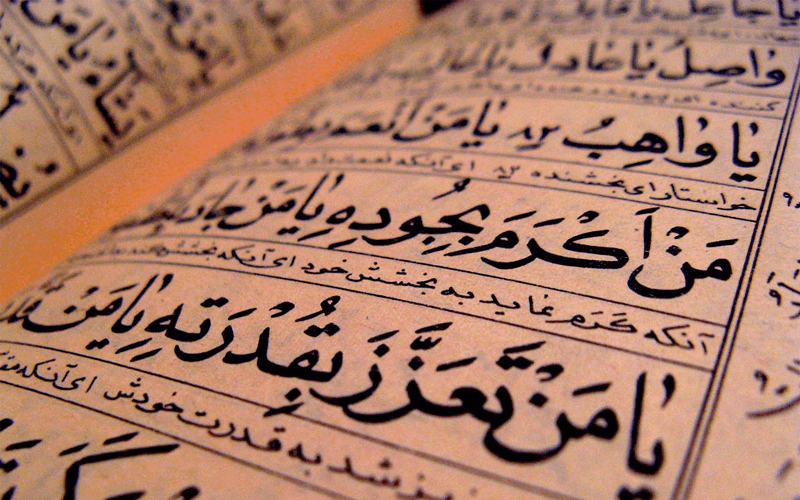 The incredible Arabic language ranks among the top six of the world’s most important languages.

It originated in the early 300s. It is a holy language and is widely popular in the Muslim World.

The Namara inscription found in 1901 is the first known example of the Arabic language. People could trace this significant inscription on the basal rock primarily found in the tomb.

This inscription states that Romans and Arabs have been related since the fourth century.

It is largely connected with a Semitic group of languages. Such languages are associated with Hebrew and Amharic, which is again Ethiopia’s main language. Some English words also have their origin in this language.

The Arabic and Hebrew languages have got their vocabulary from the Aramaic language. Surprisingly, Farsi was even inspired by Aramaic. It has diplomatic documents and a written record highly used in the different Aramaic states from the 10th century B.C.

Iran, Iraq, Lebanon, Israel, Syria and other countries in the West, such as the United States, Australia, Europe, and Russia, use different dialects of Aramaic. It is good to learn that between 579,000 and 1,000,000, many people considered Aramaic as their native language. This sacred language is considered a Semitic language too.

Farsi is a fairly spoken language in modern times. It is widely used in Tajikistan, Iran, and Afghanistan. Modern Persian has its ancient roots in the ancient Persian language. If you ask about the official language of the Persian Empire, we would say it is Persian.

Old Persian language evolved during 400–300 BCE. The Farsi language followed the footsteps of the old Persian. If you are interested in the history of languages, you will realize that Old Persian is one language that is easy to adapt.

Macedonian, derived from the Balto-Slavic family group, evolved during the 11th century. It is also among the oldest spoken language in the world. It is influenced by the Greek language, with over 3.5 million speakers. The users mainly belong to the country of North Macedonia.

Cyrillic influenced the Macedonian alphabet. However, the topic is controversial. 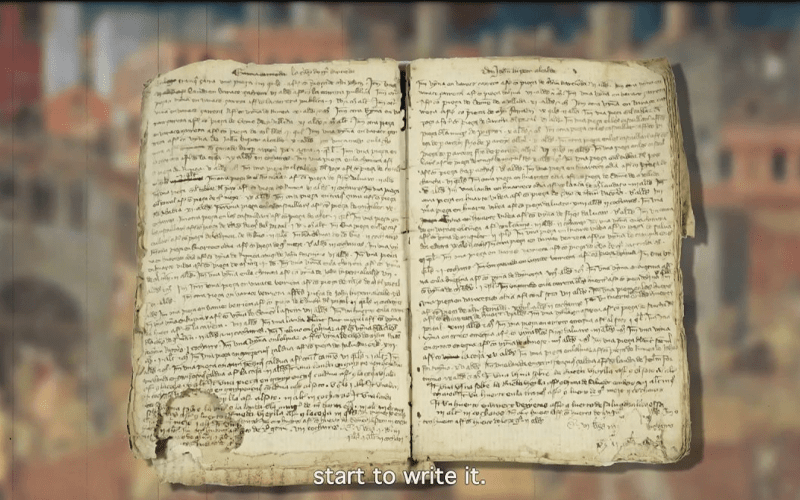 The Basque language is not directly related to any other known language in the world. It is an incredible language from unknown ancient roots.

Surprisingly it has around 1.1 million speakers. The speakers of France’s southern parts and the northern region of The Basque Country in Spain use this language predominantly. This language has existed since the 1st century BCE with a controversial history.

Why Is It Important To Know About The Oldest Languages? 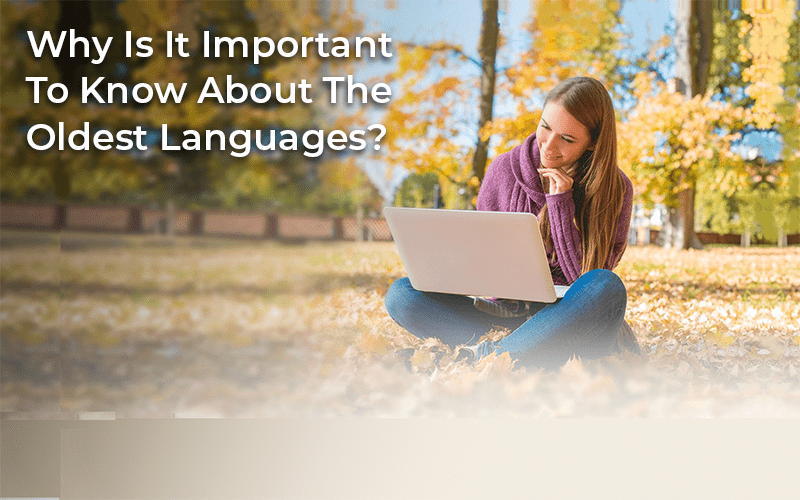 It is always good to know about the oldest languages in the world. Not only for enhancing the general knowledge, knowing the origin and importance of the ancient languages will help you feel more confident regarding your future endeavors.

For example, if you are looking for a new job in a country that speaks a different language, a sound knowledge of its roots and terminology will help you quickly progress in the concerned country.

Exploring new cultures and languages is the most delightful practice. It is also very beneficial for the one who is yet to explore new opportunities far and wide.

To sum up, there are many oldest classical languages which are used in the world today. Learn about them before visiting a new land to feel connected to the ancient roots.